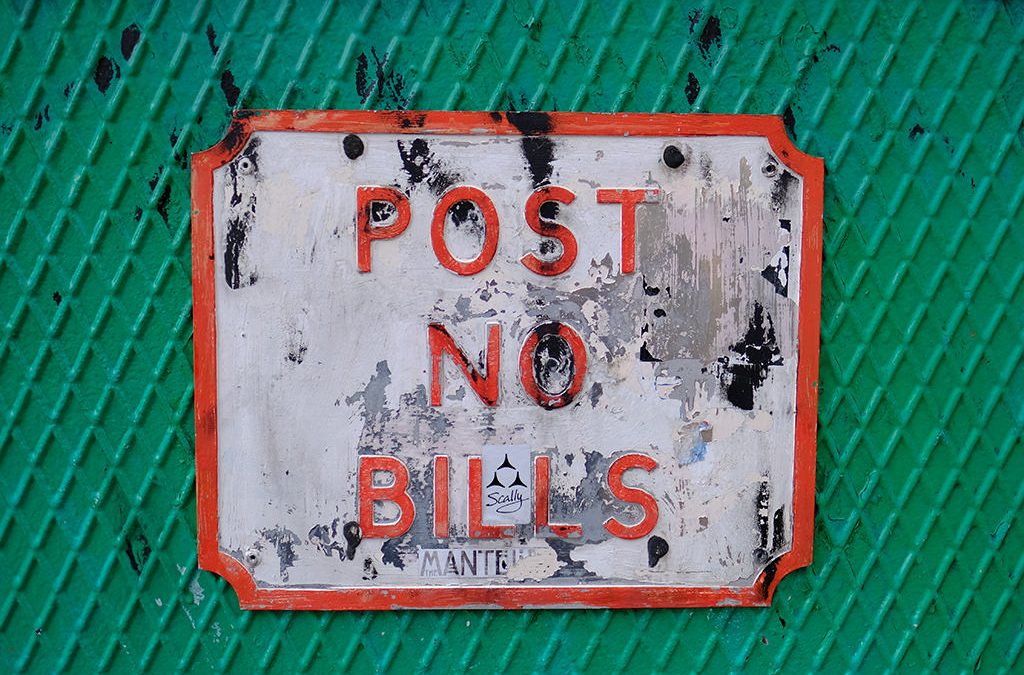 After reading the Fuji X-H1 manual  [yes , I am that person that reads the manuals]  it sparked my interest in geotagging my photo’s. The X-H1 now has bluetooth as well as wi-fi so it is meant to be easier to be able to geo tag your images. This is something that most modern day phones do automatically, it can record your exact location when you take a photo. Most modern cameras don’t have this built in and either need an add on device to plug in or  they use the phone to get the GPS from. But as I found out the other day the implementation on the Fuji X-H1 is not great.

When you first take the Fuji X-H1 out of the box and turn it on it asks you to pair with a smartphone. So far so good. Fuji have their own app for controlling the camera, browsing files and also geotagging the photos. This now makes it easier to connect to the camera. It’s not quite as convoluted as the XT2 process. First you need to go to the ‘SET UP’ menu on the camera, then ‘CONNECTION SETTINGS’ menu then ‘GENERAL SETTINGS’ menu and turn on ‘GEOTAGGING’ you only need to do this bit once. You will now see a little globe icon on the back screen of the X-H1. When it’s colour is red it means it doesn’t have the location, when it’s white it has the location. Now you need to connect to the phone for it to work.

To connect to the X-H1, open the app on your phone, it then searches for your camera automatically. Then you get to the screen that allows you to ‘press’ the geotagging button…but then it takes you back to the wireless connection screen and wants you to connect via the cameras built in wifi: Why ?: Surely it can send the location data via the bluetooth connection…Once you reconnect via the wifi network the camera acknowledges that is has received the location info and will now now the exact coordinates of where you are.

The hope was, that once configured the phone would send/or camera request the geotag/location when taking a photo. It doesn’t work like this. You have to open the Fuji app and get it to reconnect to the camera whenever you want to ‘send’ the geotag to the phone. You need to do this every time you move location. This is fine if you are in one location and just want to tag all the photos in a generic way. But they will not show the ‘exact actual’ location where they were took. If you are wandering around a city and wanting to tag very photo it would become a pain. It takes too long to go through the whole process every time.

Hopefully Fuji can change how this works, either by changing how the app works or a firmware update. As it currently stands I won’t use the Geotagging feature from Fuji. So off to Google to find a plan.

I downloaded an app called “Geotag Photos Pro 2”, and have tried that to see if it is any good. It is available for iPhones and Android. A quick read of the instructions and off we go. Sparky needed a charge so i thought it would give me a quick 30 minutes to have a wander and see how the app worked. I popped over to The National Tennis Centre, next to Manchester City’s ground as there is a GMEV chademeo charge point there, and whilst the car is charging there is a nice little walk down by the canal. Unfortunately, when I arrived there was a Tesla, BMW i5? and Leaf already charging, so instead of waiting I whizzed over to the John Dalton Building in Manchester city centre to get a charge there. [This charger is not always working so I don’t use it much] The app said it was operational, so i took a chance. The only downside is driving near/around Oxford Road, I ‘may’ have a ticket for going down the bus only road…but I may not have. I think I spotted it before going to far. That bit of road is a pain.

Sparky was happy, the charge point was empty !

The instructions for the Geo tag app are fairly simple, sync you camera and phone times, and then decide on how often you want it to ‘log’ your coordinates. Then when you get back to the computer you get the file it creates to your photo editing app and since the geotags with the photo’s. It may sound complicated but it is a couple of clicks and you are done.

The default logging feature is 2 minutes, I thought that would be to long in-between points and changed it to 1 minute. In retrospect this is still too long. Next time I go out I will try ‘continuous logging’ it is meant to eat battery life of your phone but I think it will be better for what I want. I have spare portable battery chargers fro the phone so it won’t be a problem.

The App worked ! My little walk was successfully logged and Lightroom happily accepted the file it created and geotagged all of my photos.

I have popped them below. If you are following on from my previous blog posts, then you will be aware this is primarily about getting my ‘steps’ in and obeying the FitBit god :-) Theses are just a photographic log of my journey.

My website is built using WordPress and I am trying a plugin to allow me to post the ‘EXIF’ information with the photo. This will then allow you to see, where the photo was taken [geotagging] and also to see what camera, focal length, ISO, shutter speed and aperture were used. The EXIF data is all logged automatically when most modern cameras take a photo, it can be a very good resource for people wanting to learn about how a photograph was taken and the technique used. I use the EXIF data from photographs to help explain the technical aspects of photography, when teaching students and other photographers.

Only rules for this quick walk, fixed lens, fixed aperture. 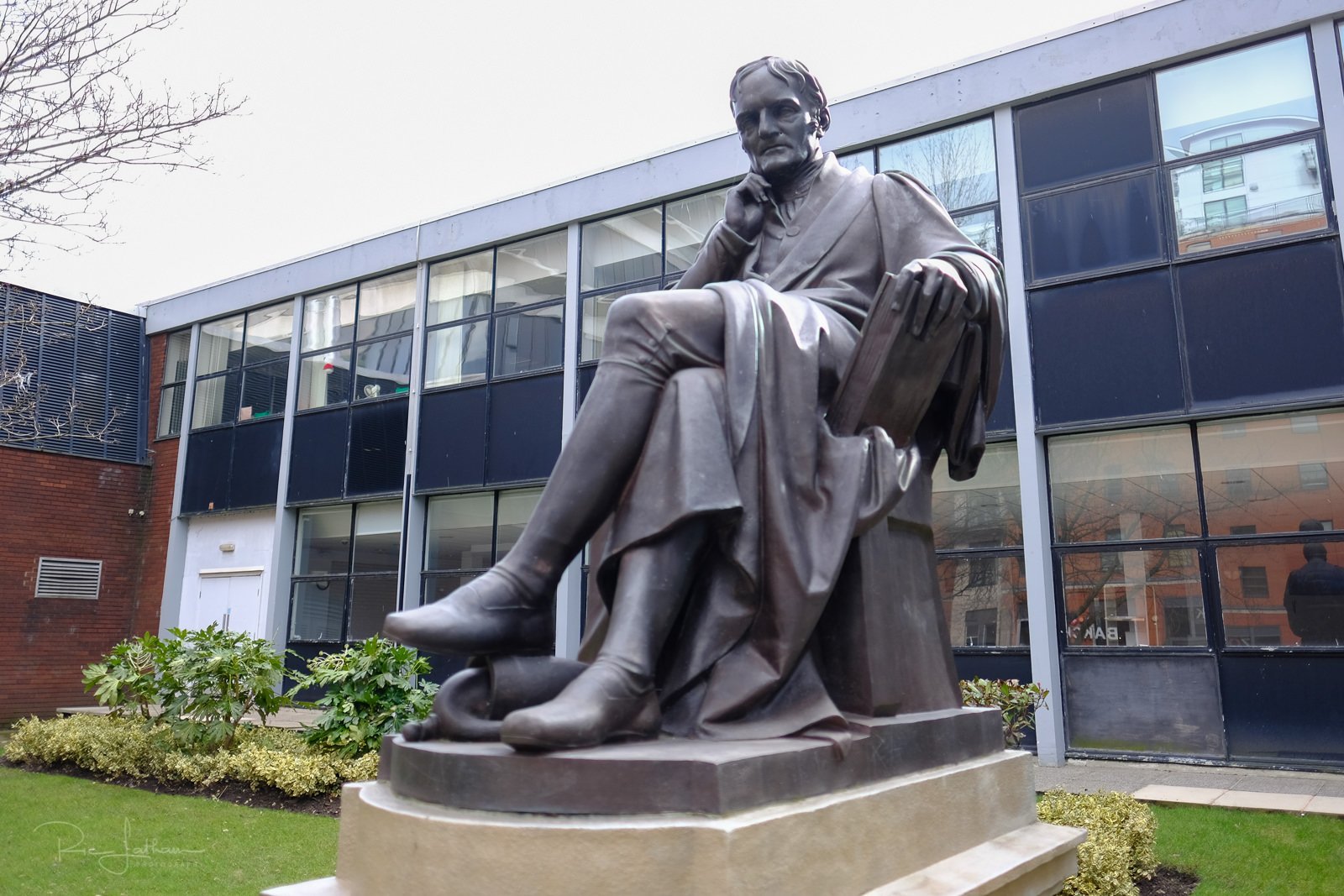 This is John Dalton. His carpark is where Sparky was getting a nice charge. 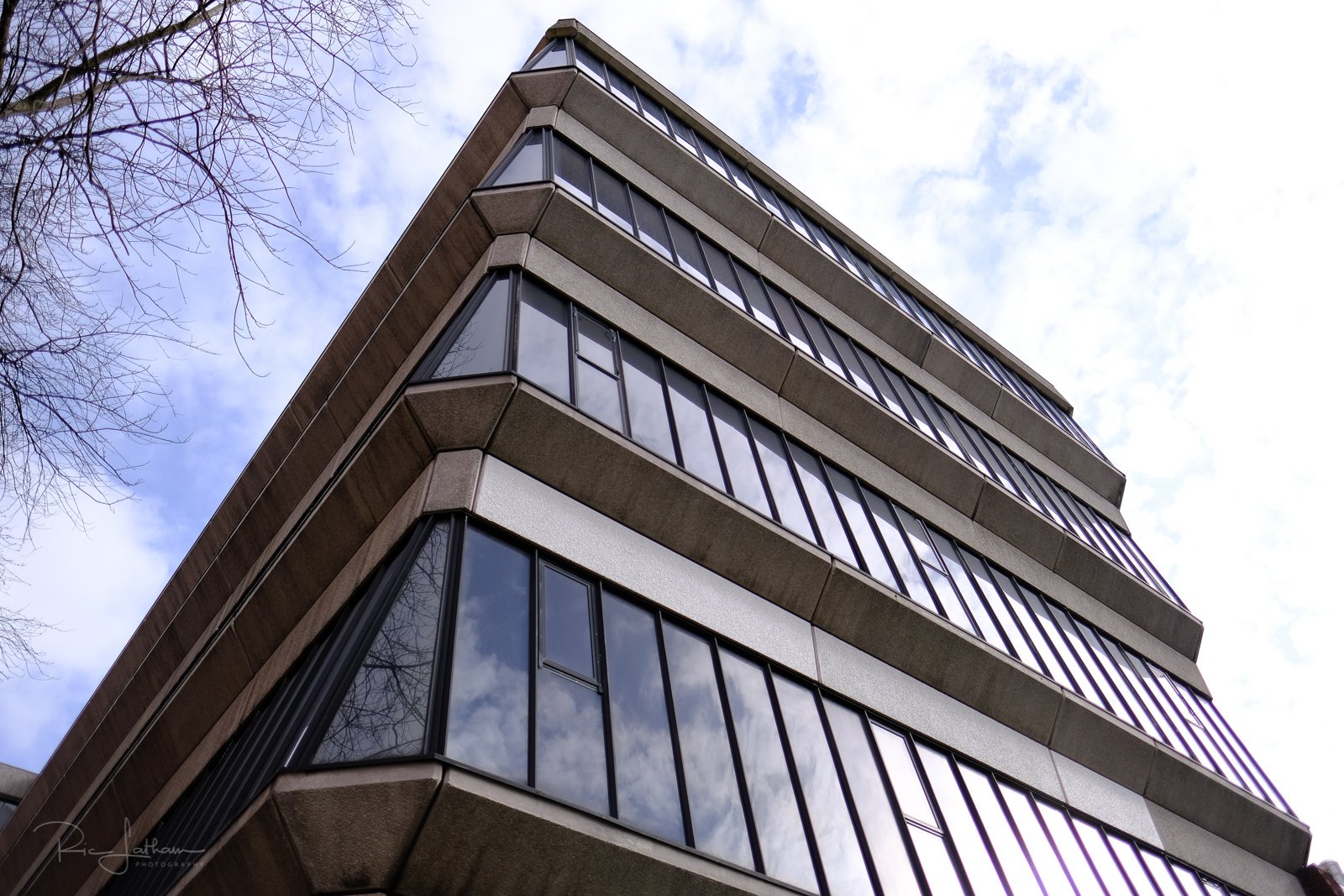 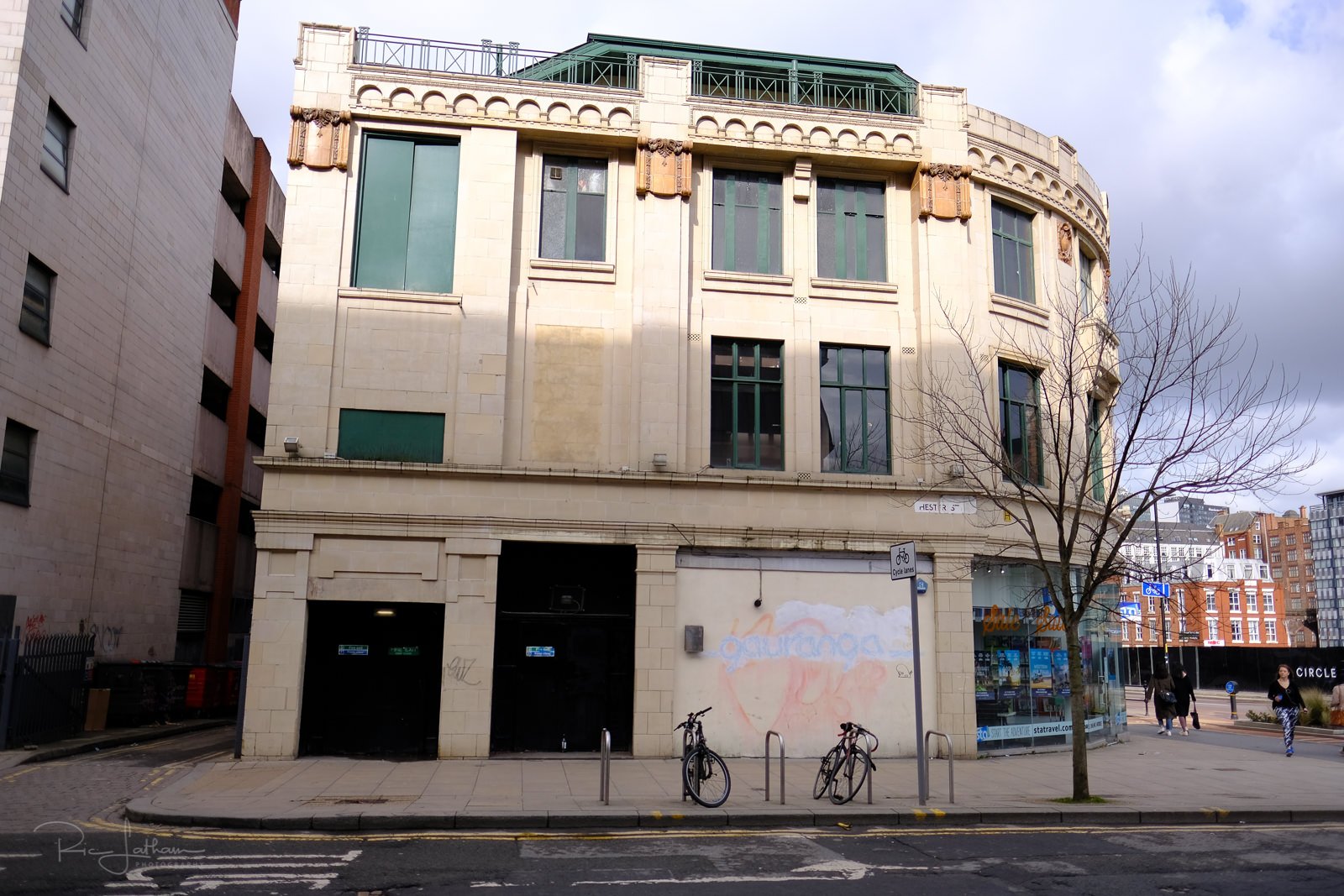 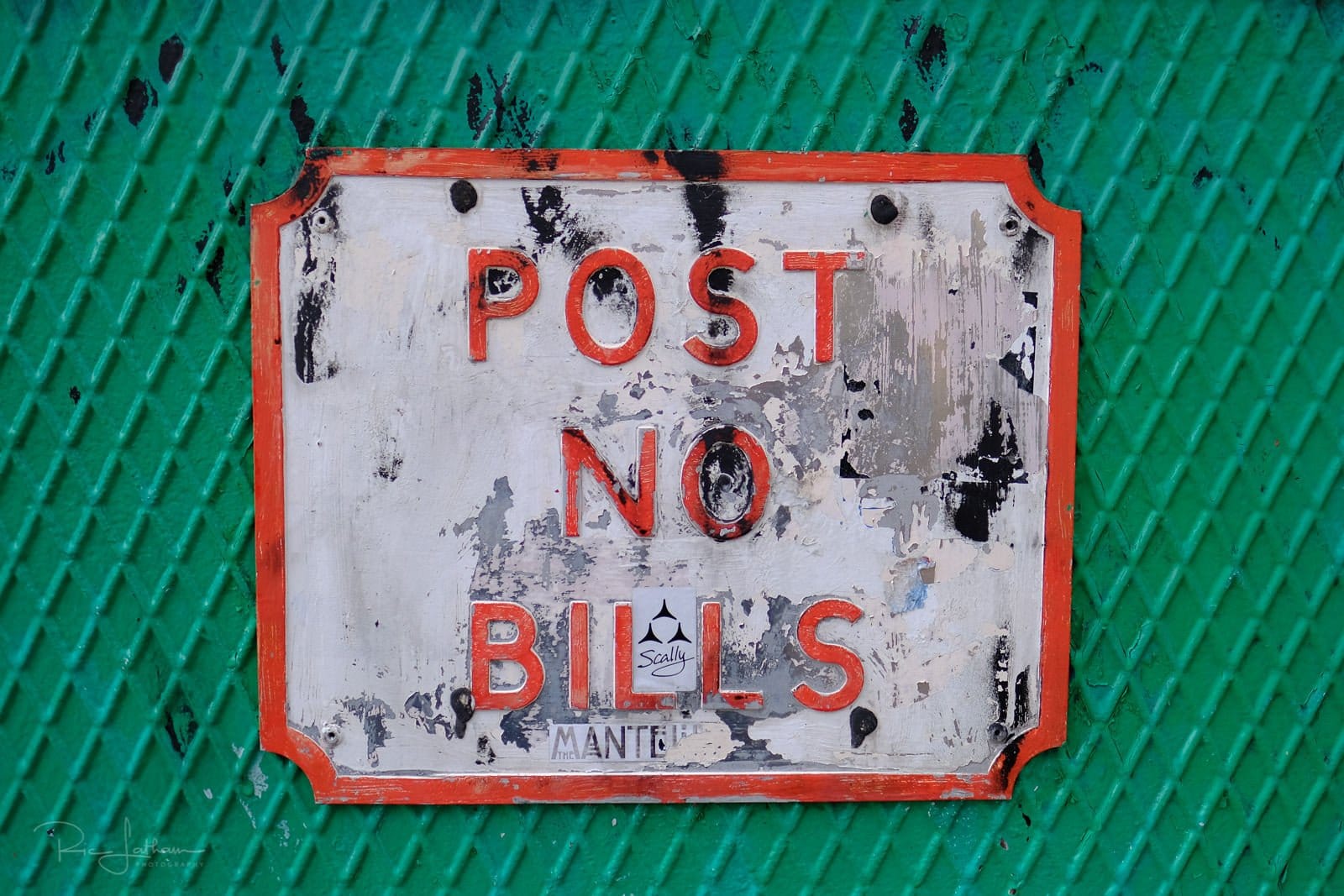 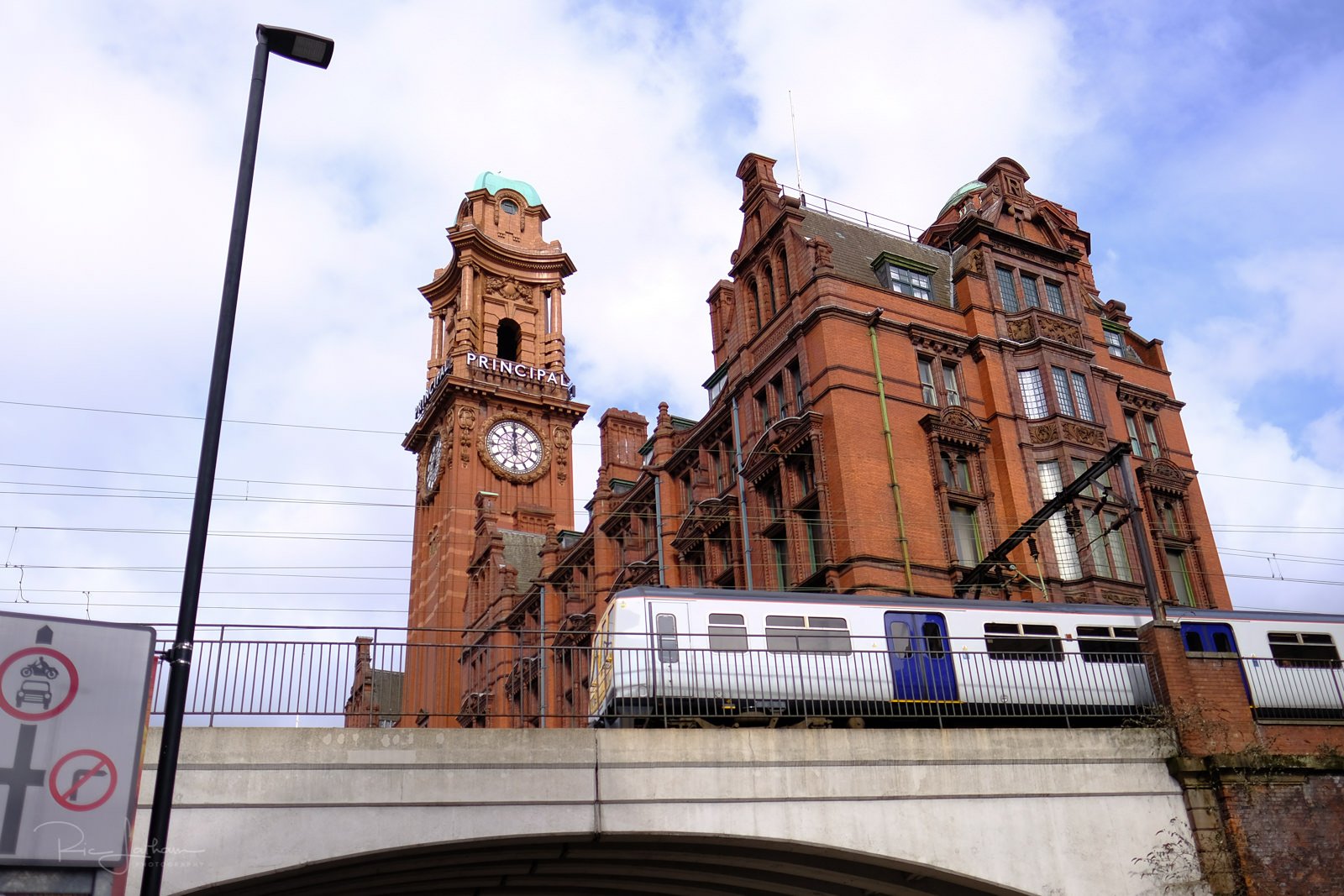 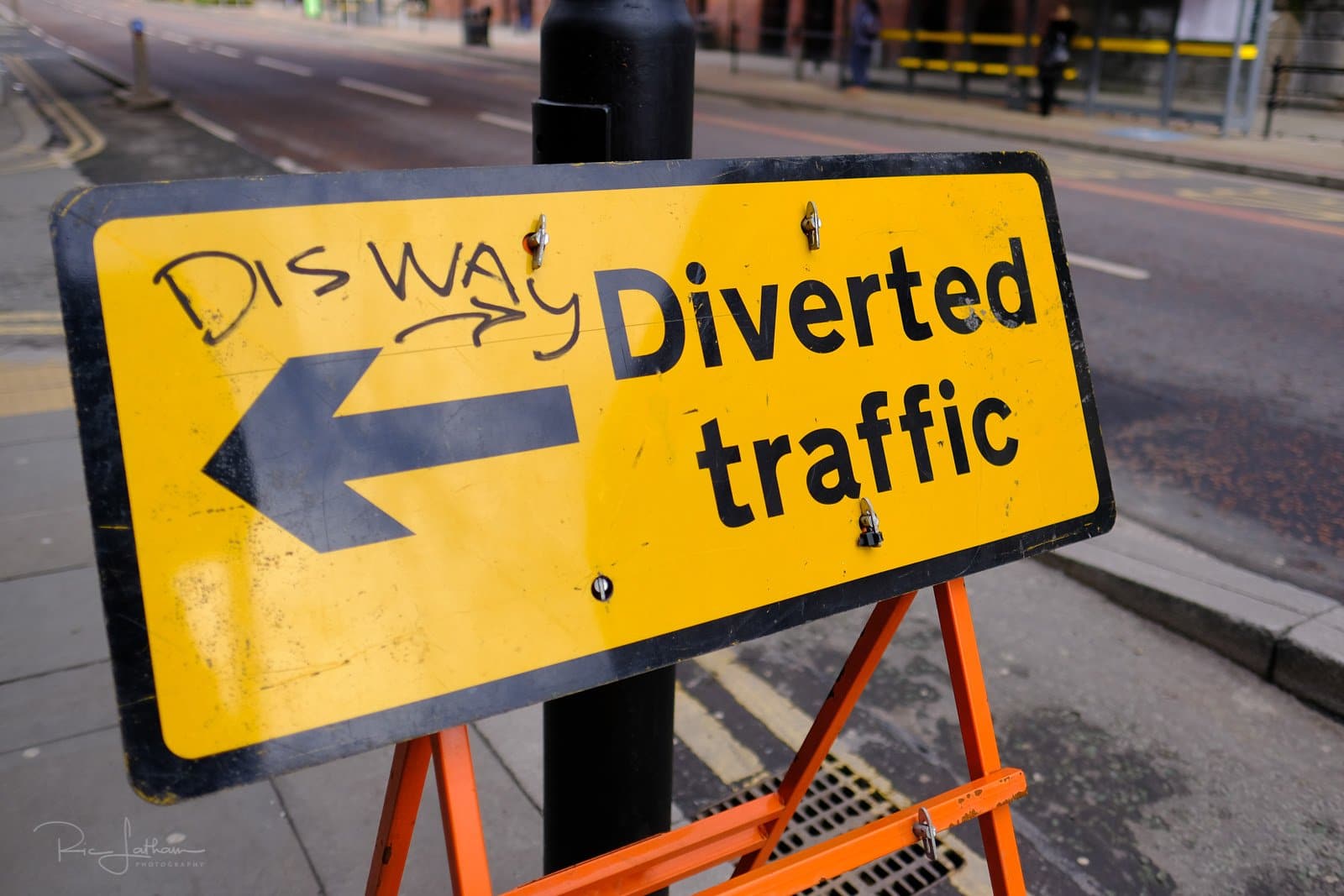 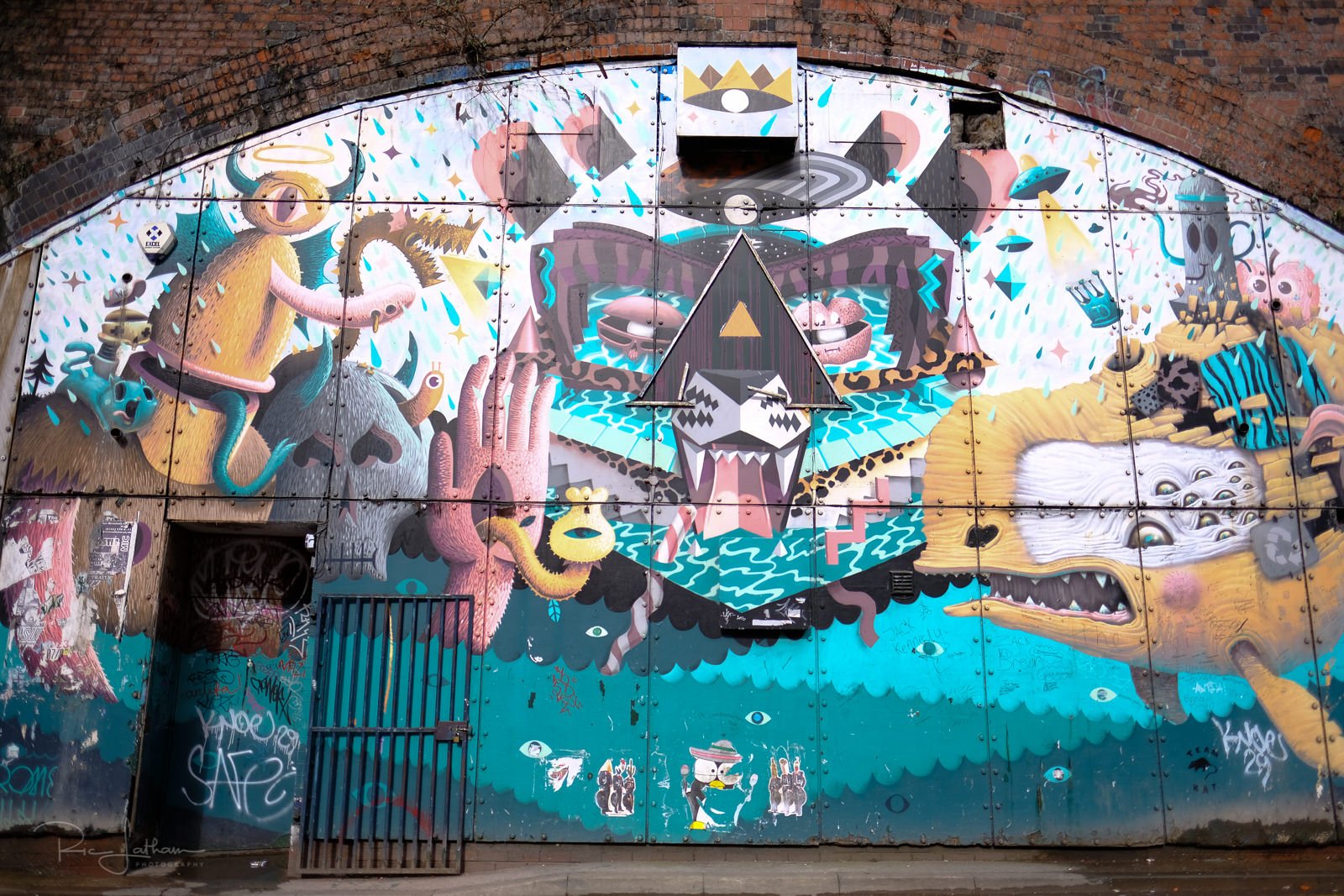 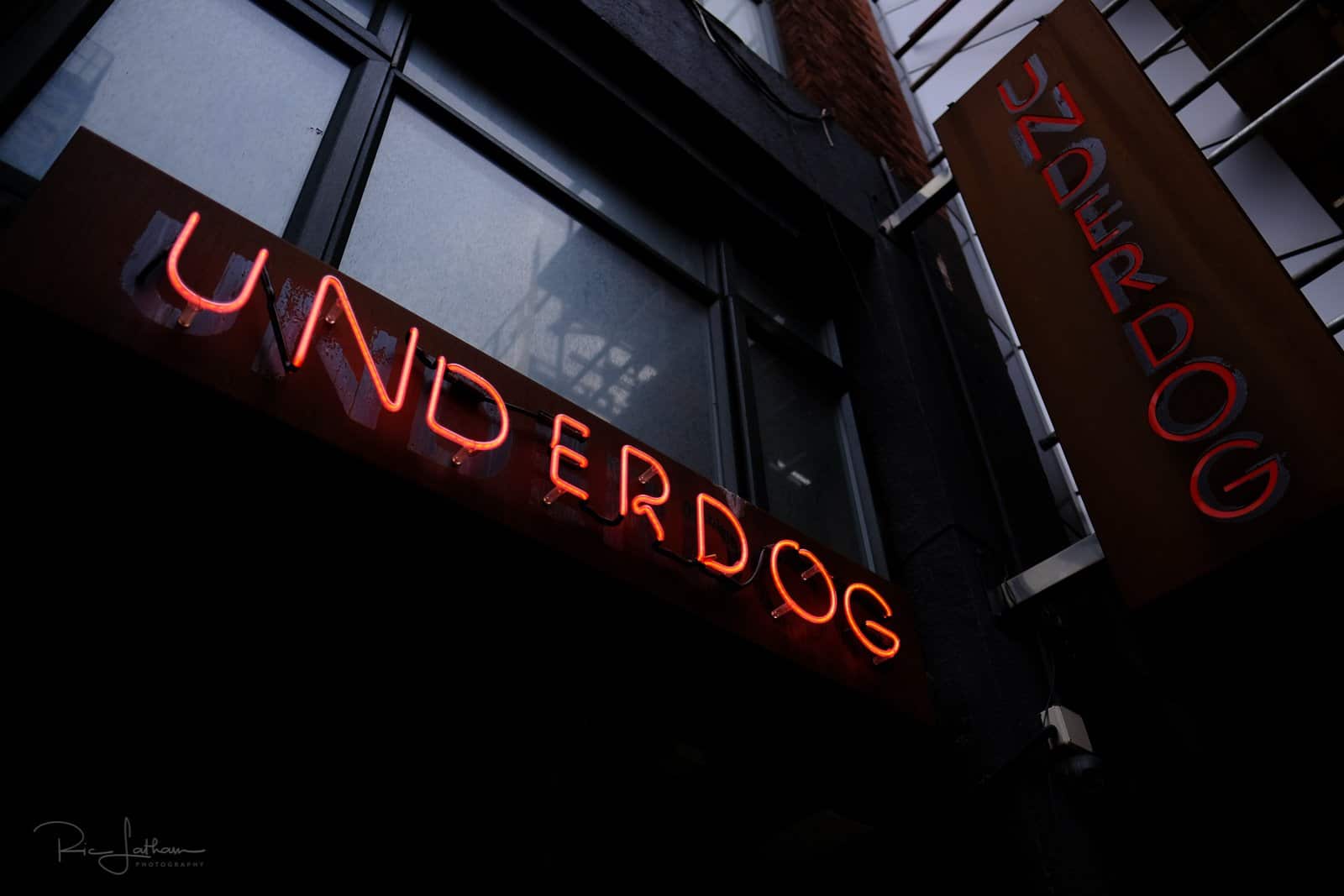 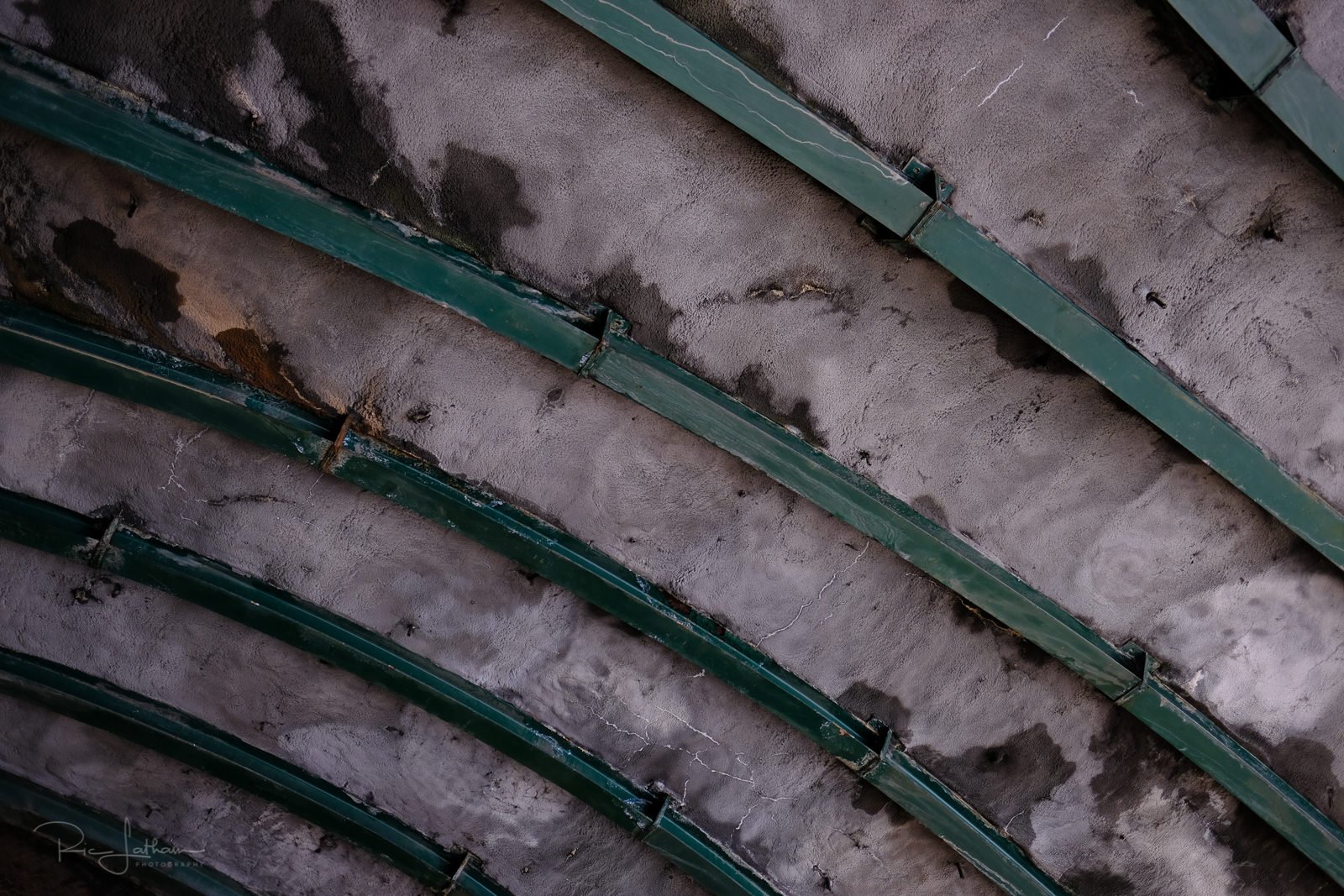 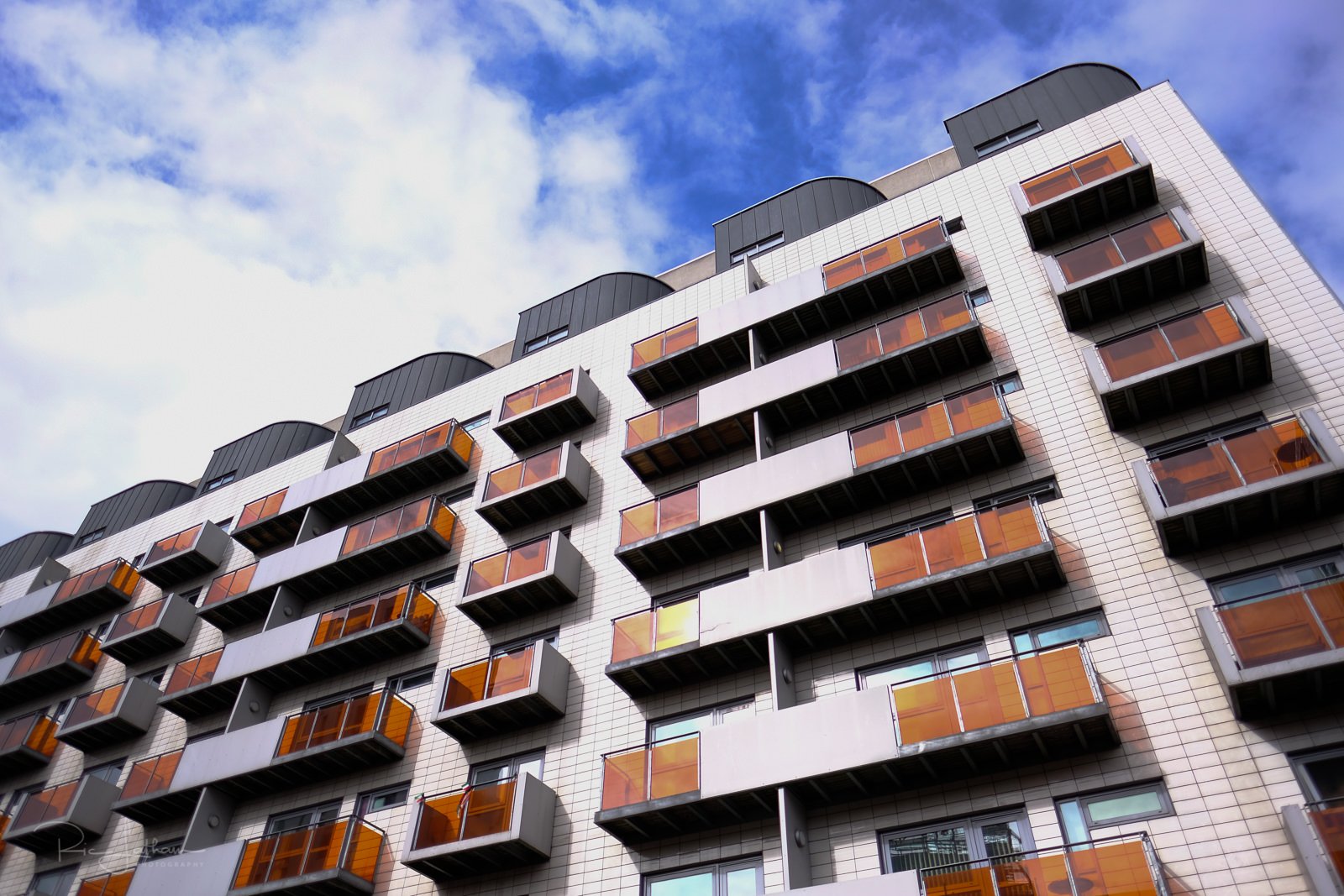 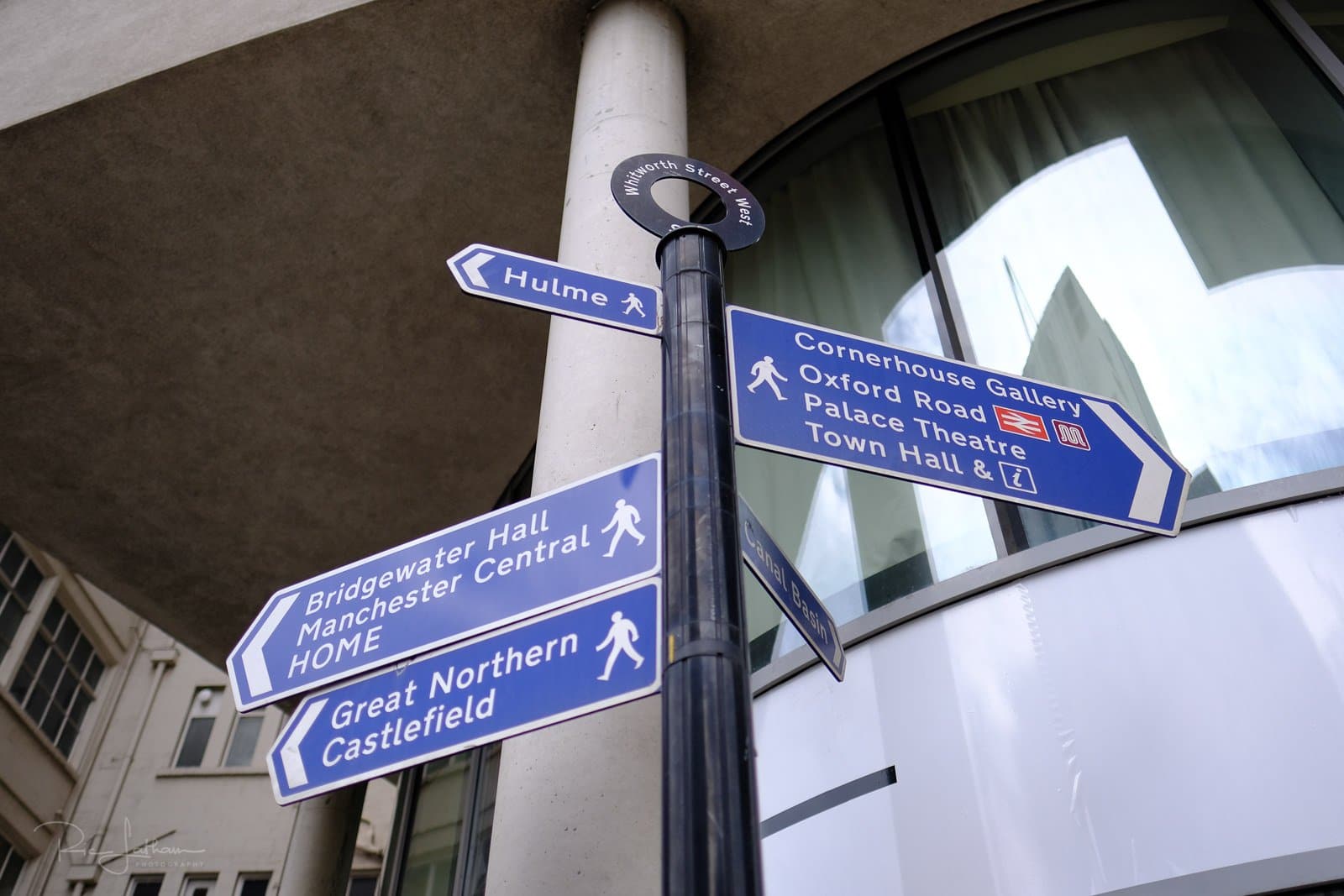 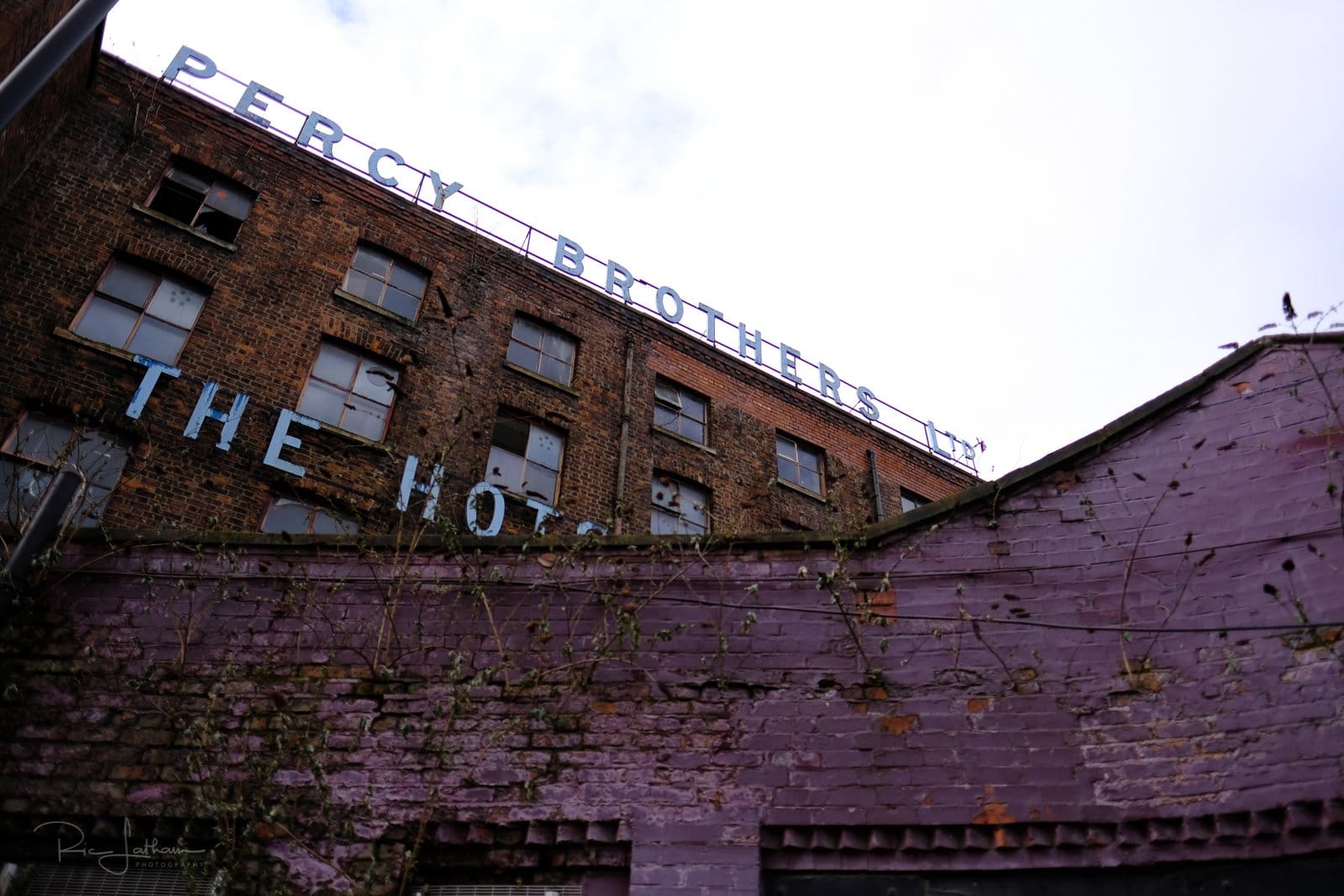 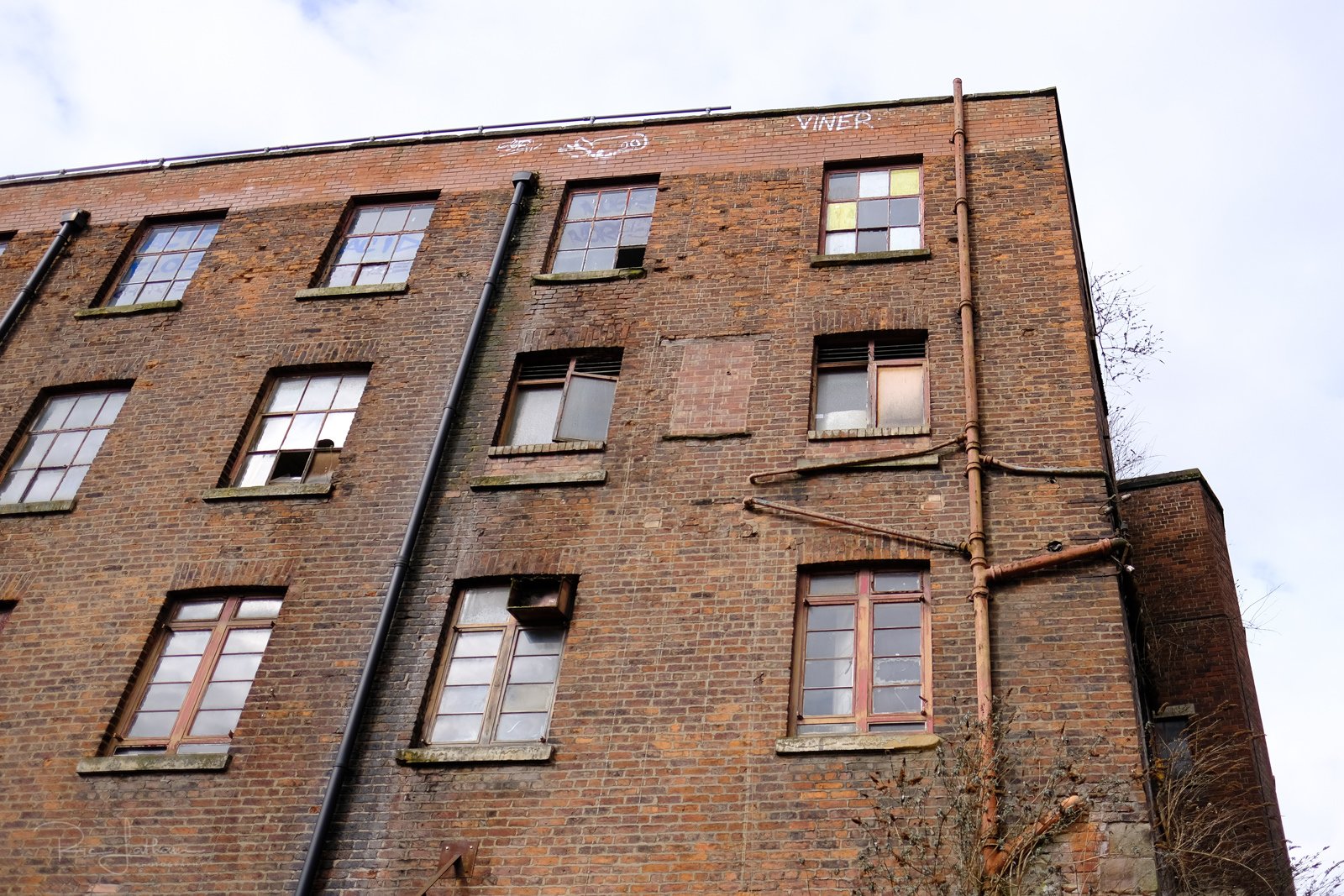 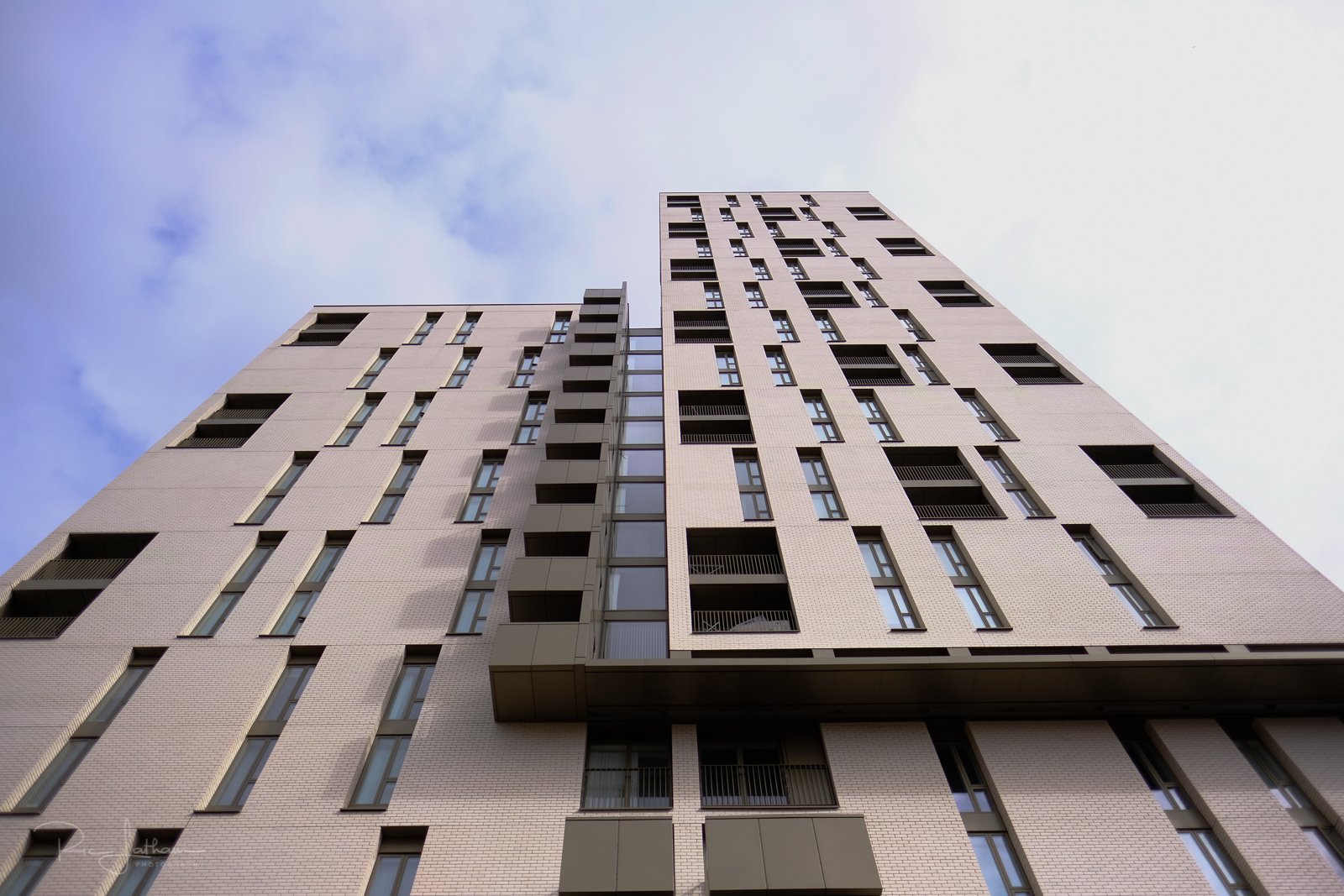 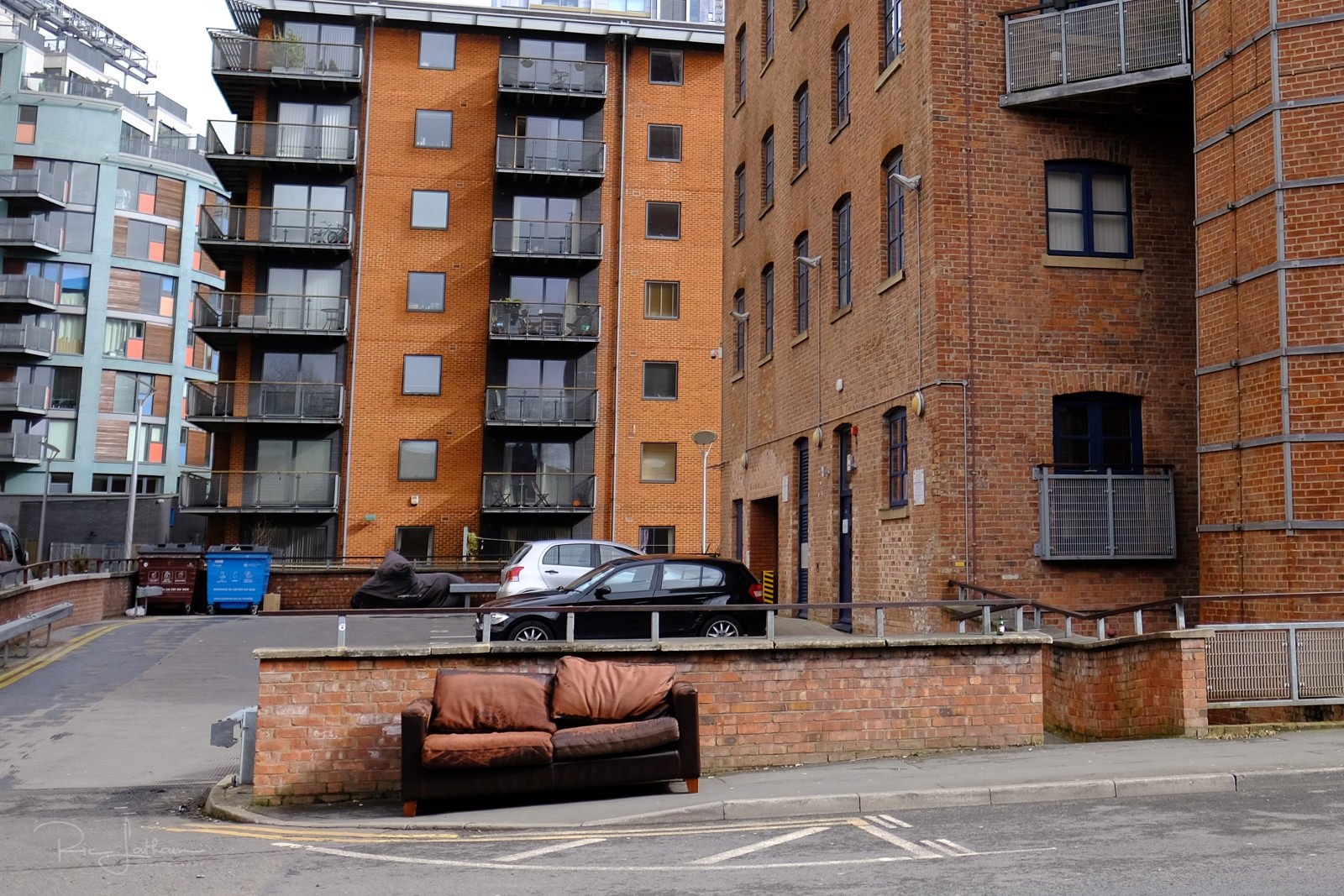 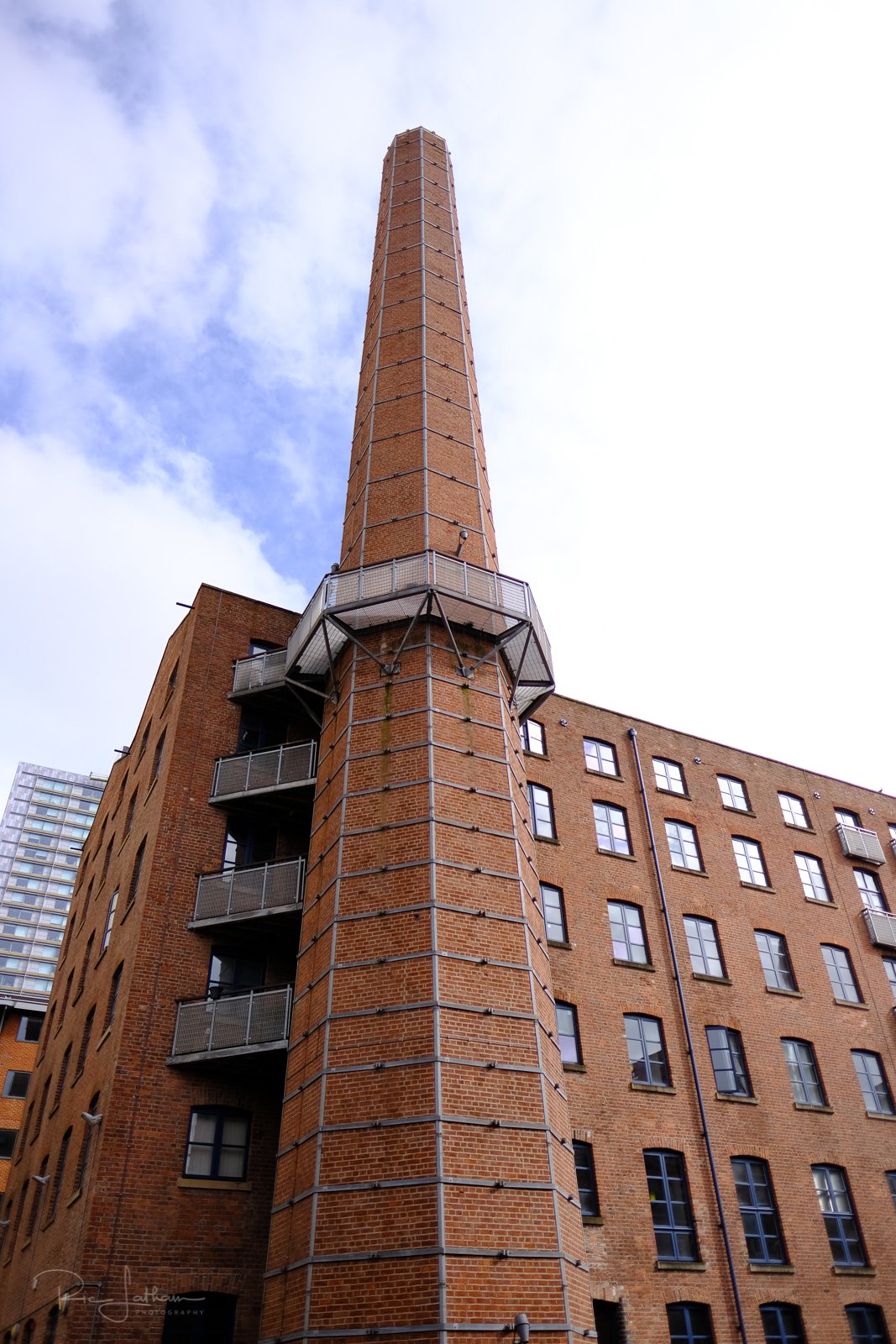 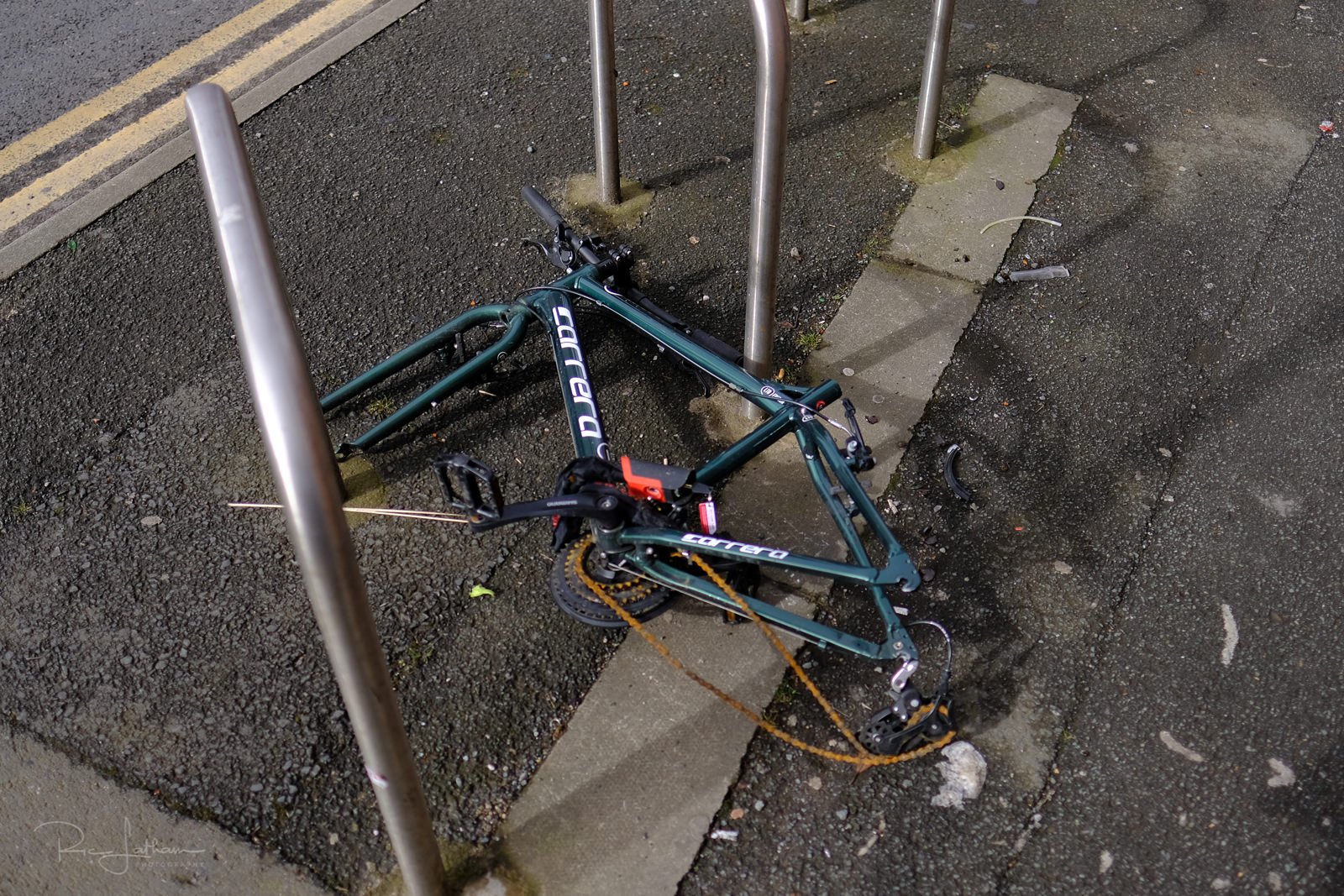 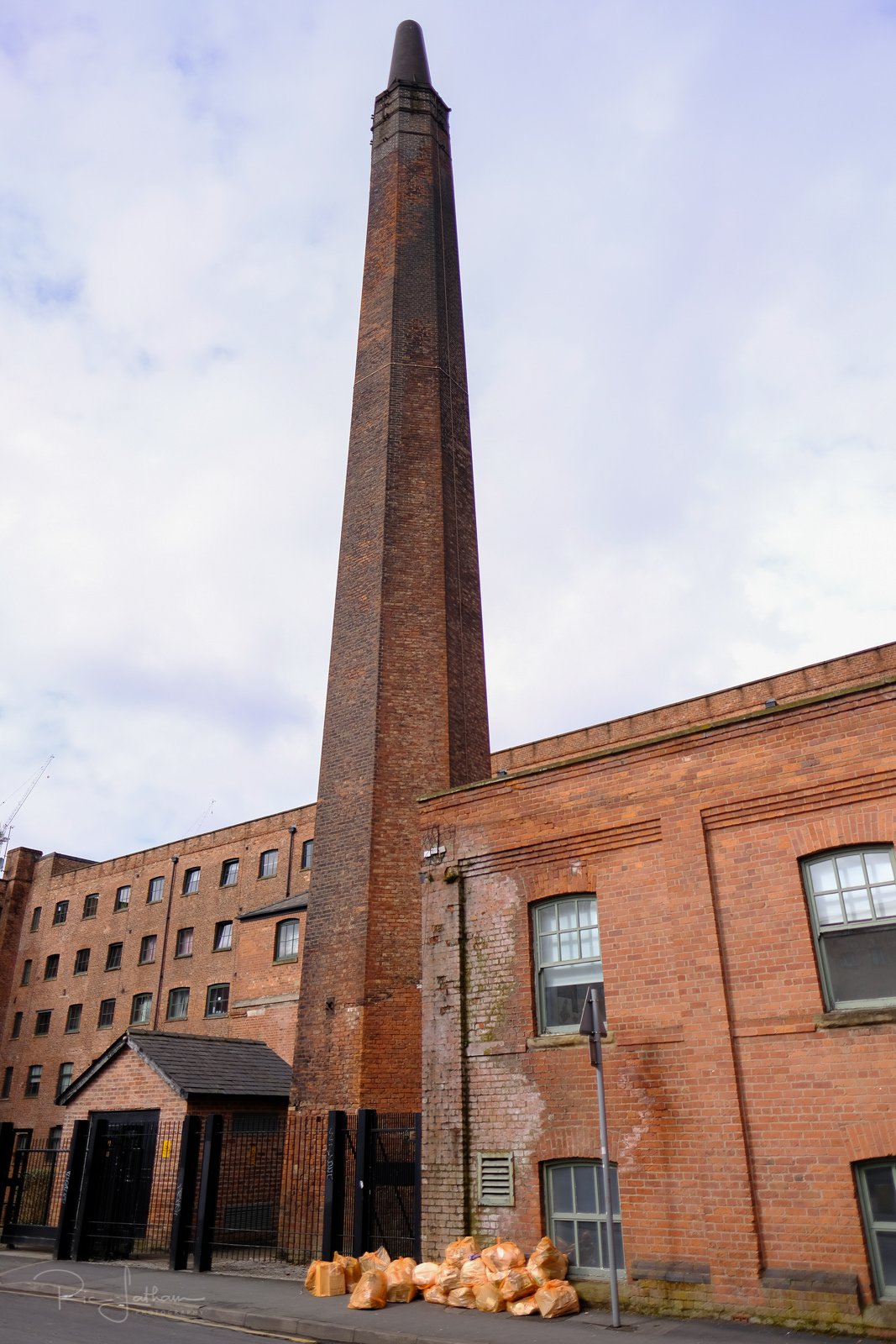 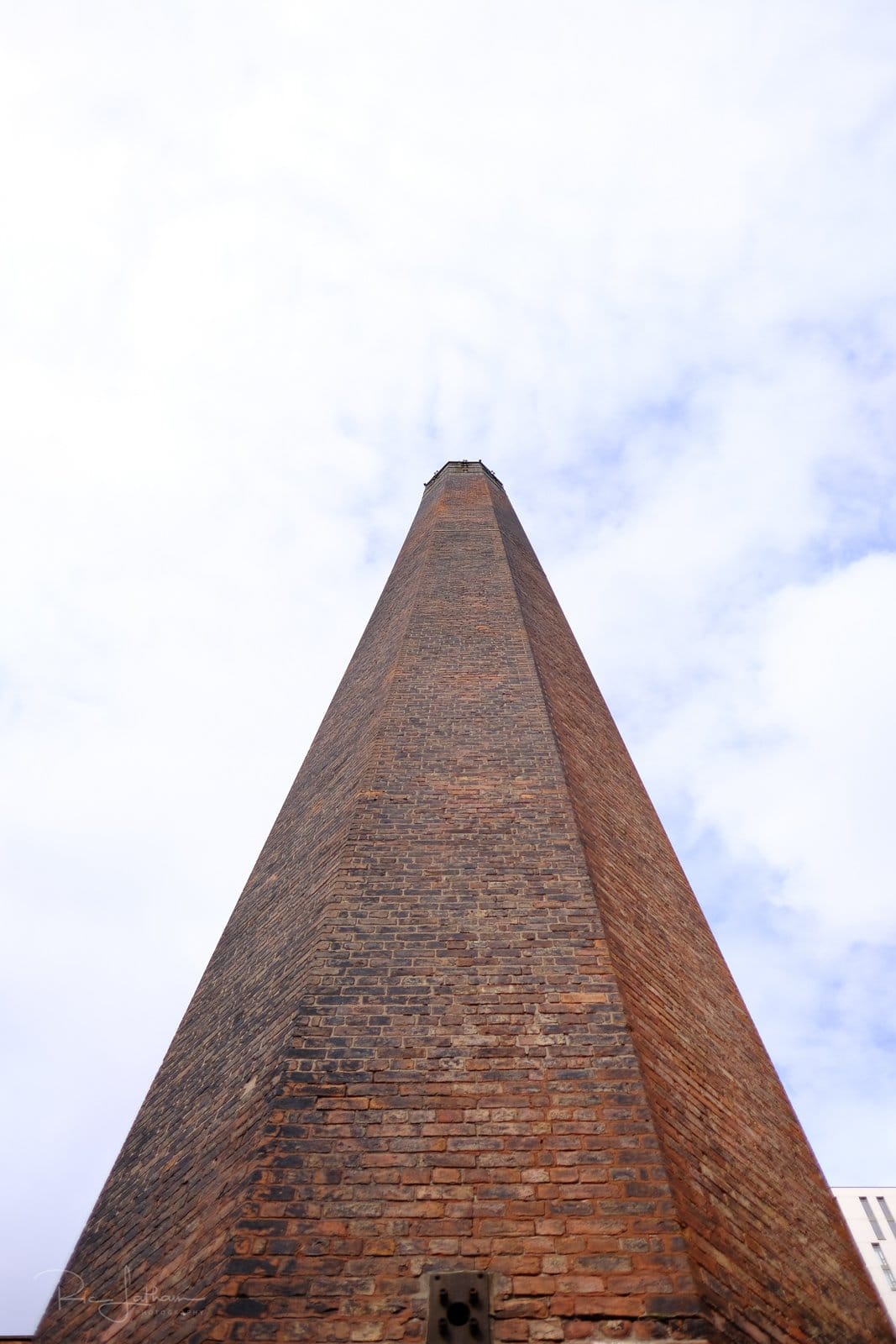 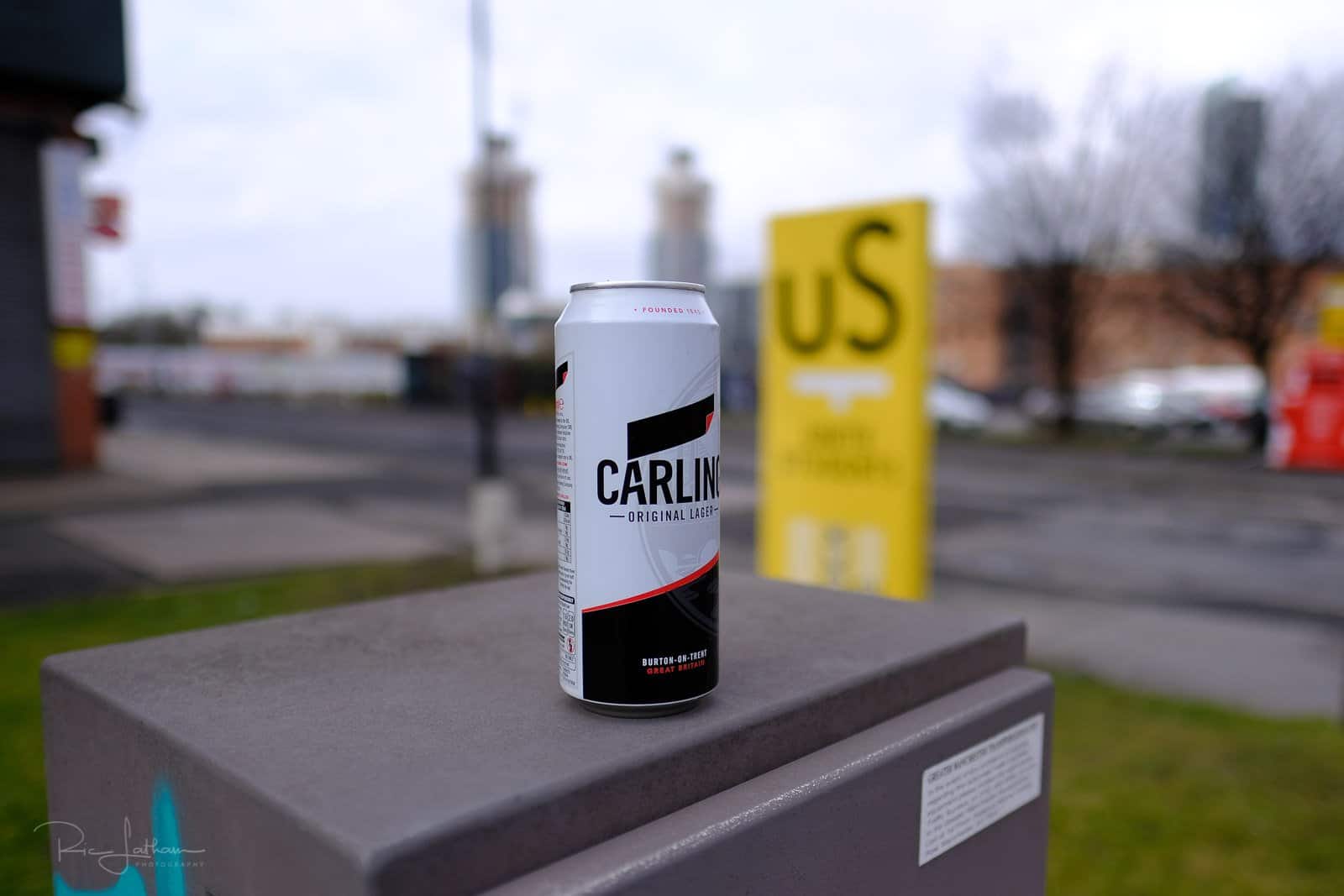 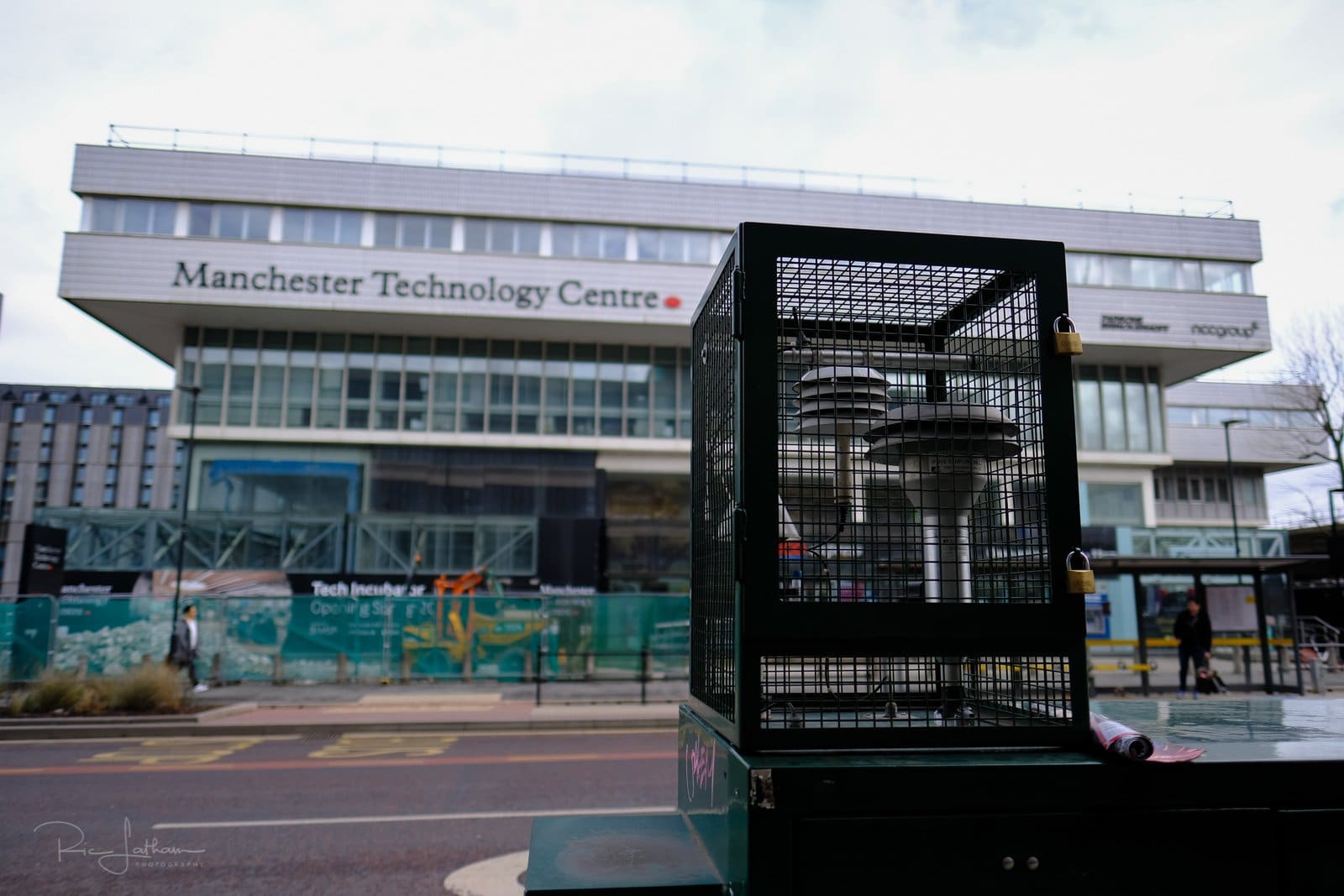 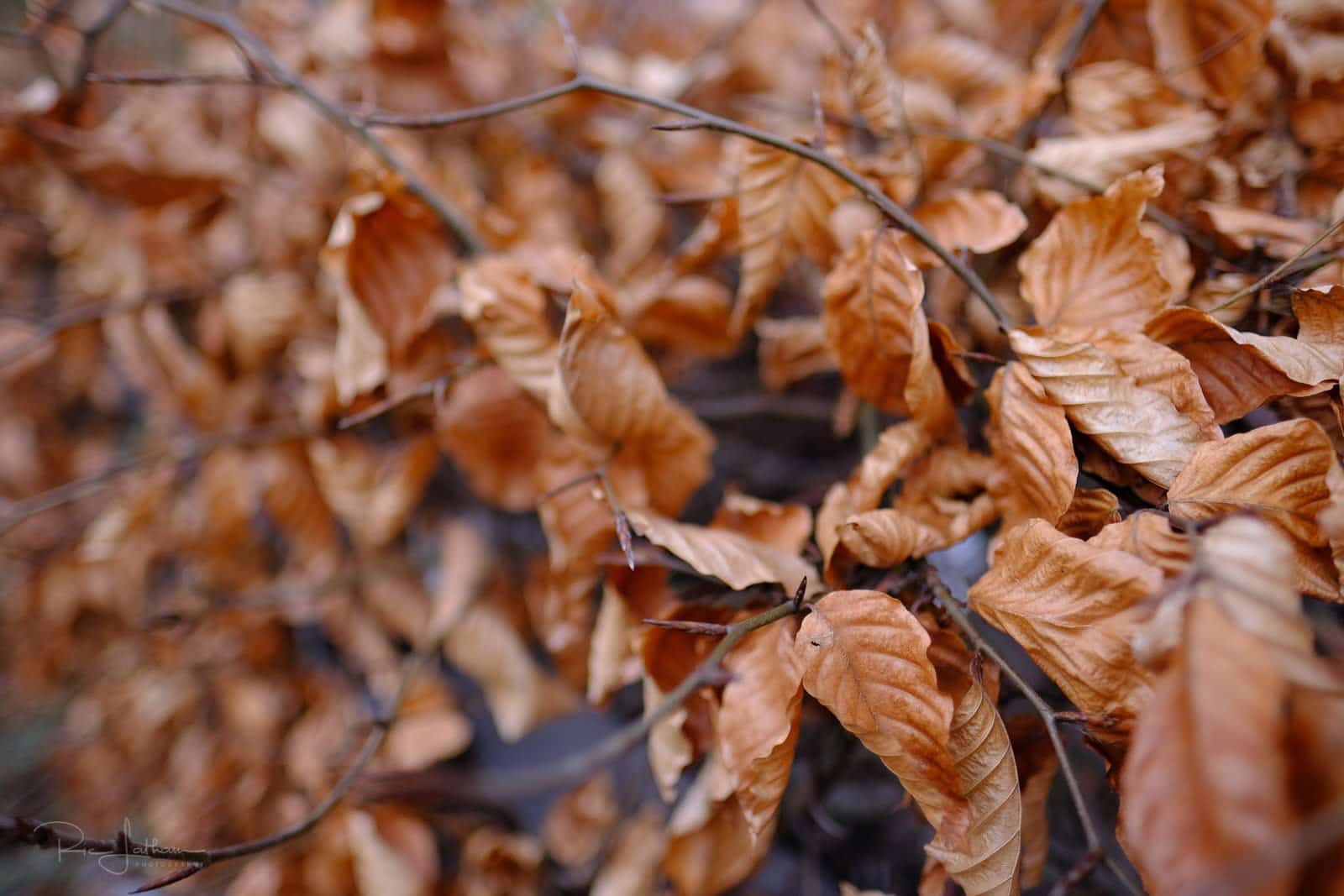 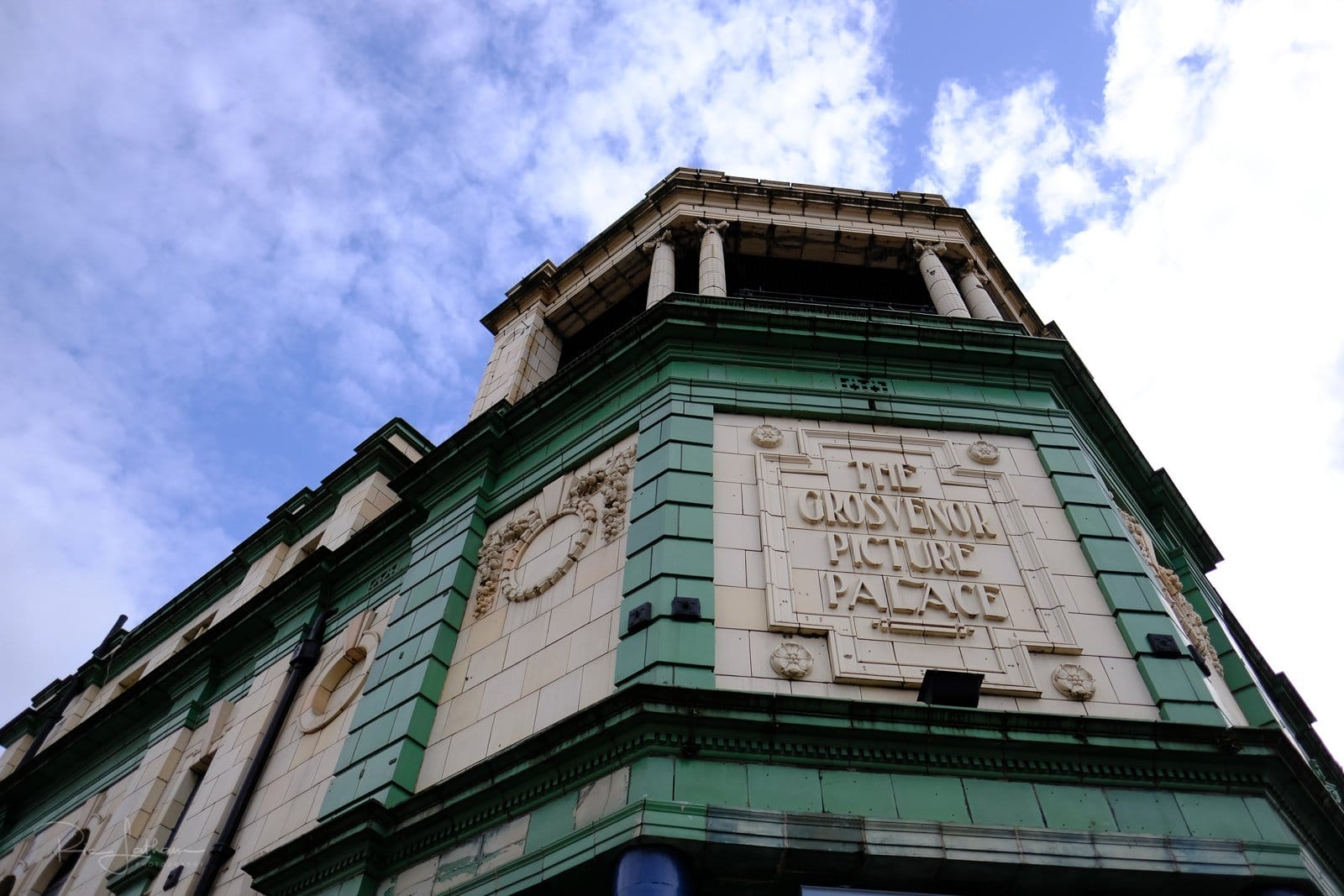 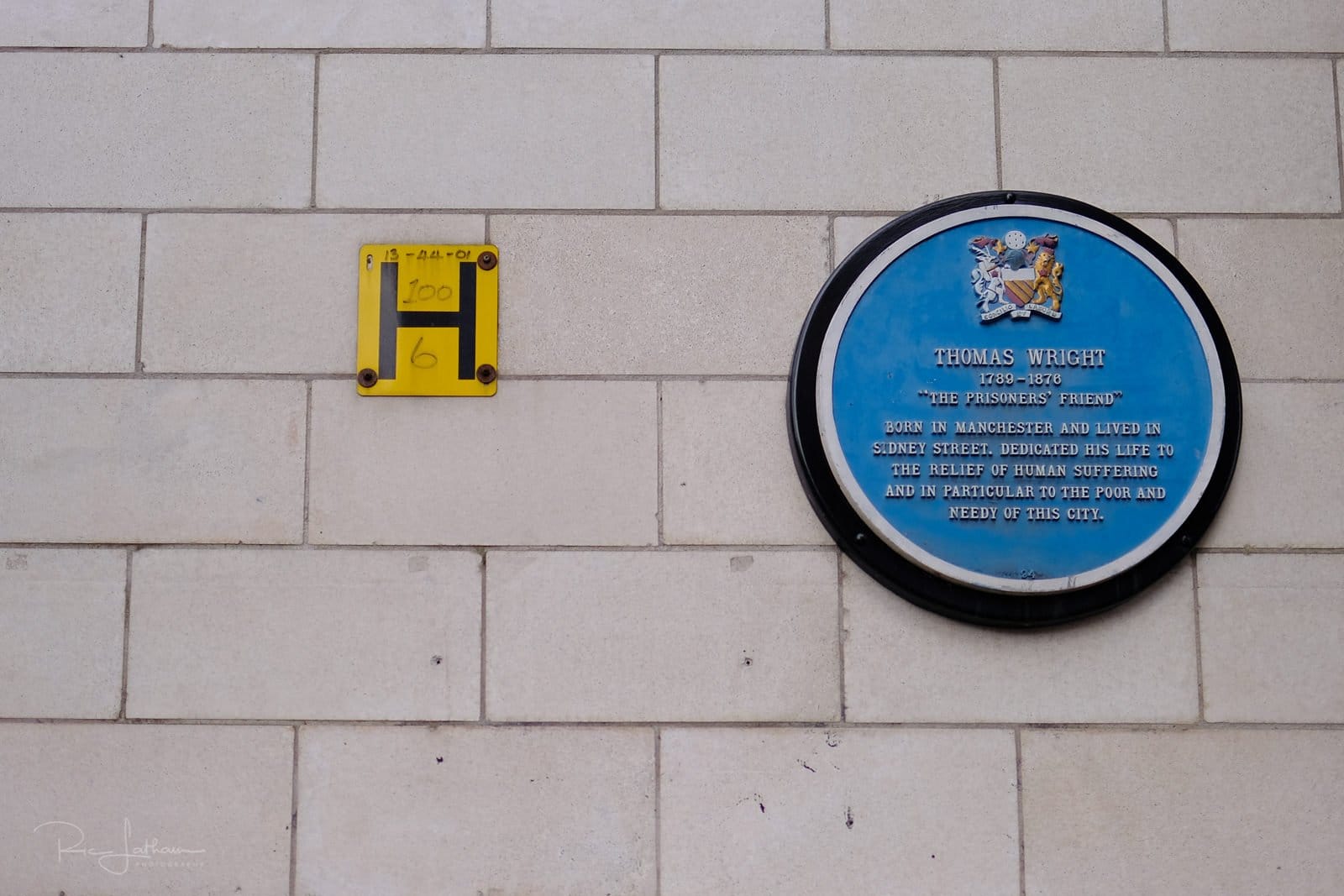 Below is the map of where I walked. This is from Lightroom once the geotags have been loaded in. Each mark relates to where the photo’s have been taken. 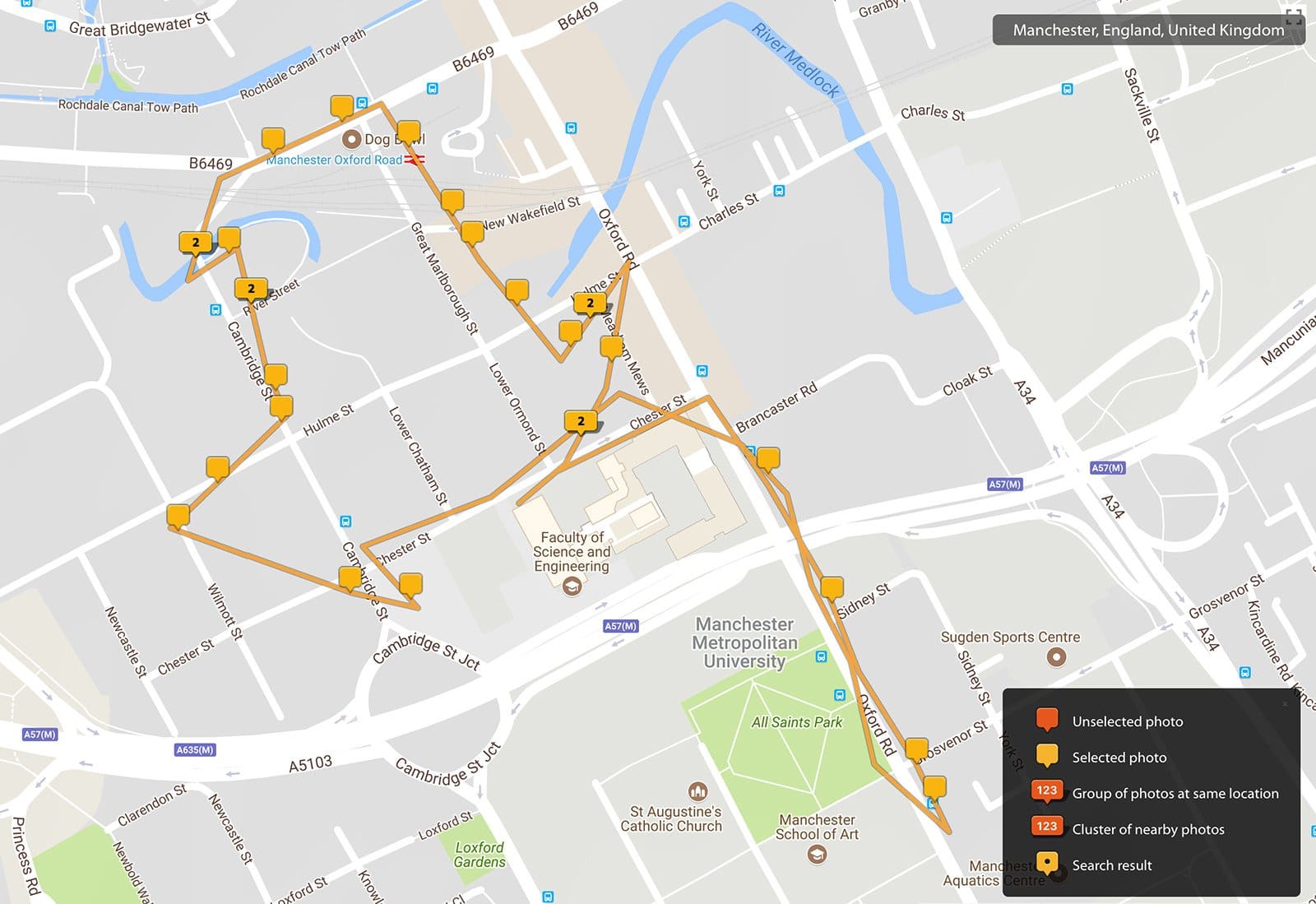 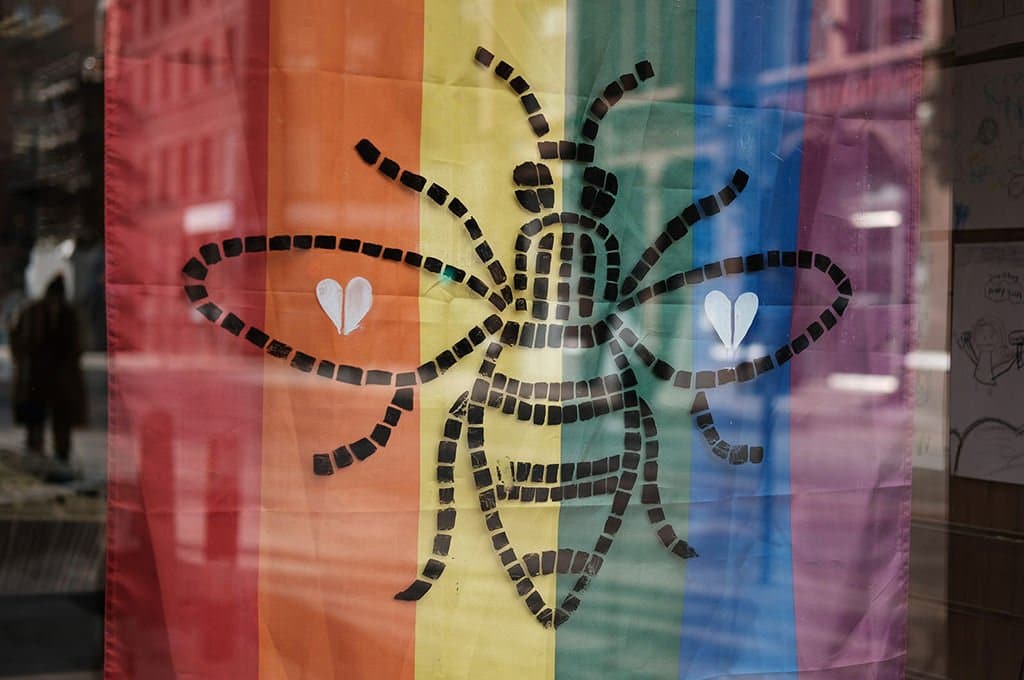 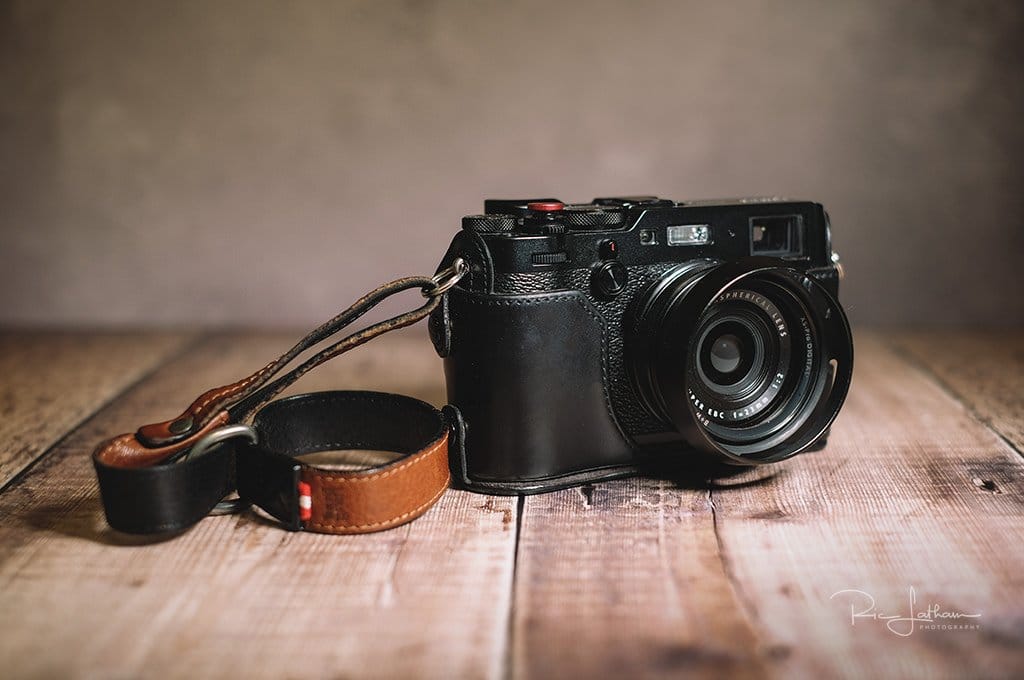 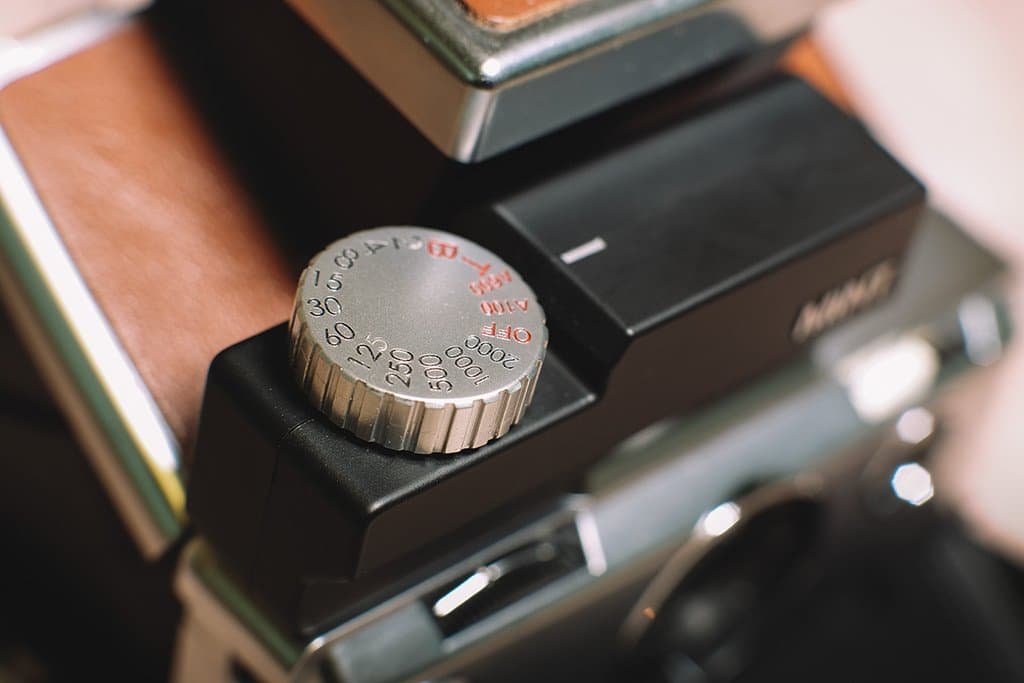